Emirates Lions flyhalf Jordan Hendrikse is just 20 years old, but already he has experienced more as a player than many of his more aged teammates, with the latest highlight of his short career being called up to the Blitzbok squad for this weekend’s HSBC London Sevens.

The talented Hendrikse scaled every height in schoolboy rugby, quickly making the transition to the South African national age-group teams and winning South Africa international tournaments as an 18-year-old. He played for the SA Schools A side in 2019, and last year for the Junior Springboks.

In 2021 – a few days after his 20th birthday on 28 June – Hendrikse played against the British & Irish Lions, a tough game for the Emirates Lions who were on the backfoot against the tourists from the north, but their young No 10, facing some of the best players in the world, looked like he had been playing professionally for 10 years.

While the Emirates Lions took a beating against the strong touring side, Hendrikse was all class in a performance that spoke to his development as a player, as much as it did his maturity.

Hendrikse wanted to translate his form into the Vodacom United Rugby Championship, but injury struck, and he spent a good portion of the first half of the tournament on the sidelines.

It was his first major setback as a rugby player, but the 20-year-old sought positives from the break and vowed to return stronger and better for the experience. It was also an immediate reminder at how quickly it can all end.

Jordan Hendrikse on the attack for the Emirates Lions.

Hendrikse’s older sibling Jaden, who plays scrumhalf for the Cell C Sharks and has been capped for South Africa, experienced a similar injury with the Springboks. Both brothers, in their infancy as professional players, have experienced the highs of playing against the famed British & Irish Lions and the lows of serious injury in the space of a few months.

But both Hendrikse brothers returned stronger and more committed to the game they have chosen as a profession.

Jordan admitted in interviews that there was internal doubt during his injury on whether he would return as confident as he had always been on a rugby field. Injury does that to any player.

A couple of days after the interview, Hendrikse delivered the calmest and cleanest kicking display to inspire the Emirates Lions to turn a 21-10 deficit into a 23-21 win against Irish powerhouse Munster.

Hendrikse’s performance against Munster was indicative of his aspirations for the season and also his search for consistency in performance. 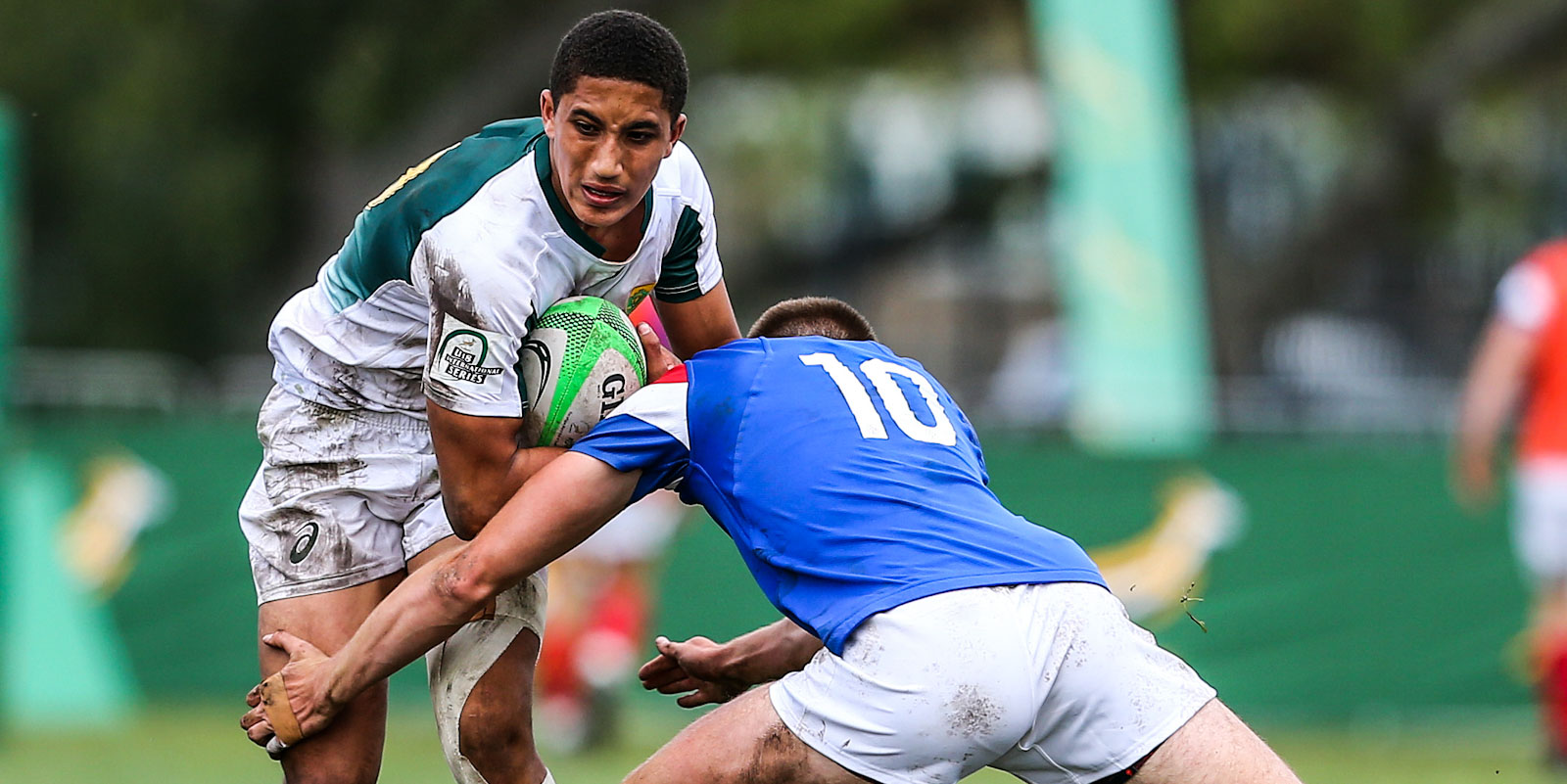 Taking on France for the SA Schools A side in the U18 International Series in 2019.

“Being consistent, week in week out, especially after coming back from injury, that’s the focus,” said Hendrikse.

“And then getting better every game, that’s all you want as a player: to make fewer mistakes and improve on your personal game. This positively affects your team too.”

Hendrikse made these statements in the week of the Emirates Lions’ win against Munster when he kicked the winning points.

“Mentally I was in a great space before the injury, and you get knocked very quickly from flying high to riding low,” said Hendrikse. “I thought, will I be the same Jordan or will I be better?”

The answer, against Munster and in every VURC match since, is that Hendrikse is very much the same talented player, but mentally even stronger than the flamboyant kid who was kicking 60m penalty goals at altitude in his rookie professional year.

The Emirates Lions, who beat the Dragons in Wales in their final Vodacom URC match of the season, may not have qualified for the playoffs, but Hendrikse knows that each performance is another opportunity to make another statement to the national selectors, and this weekend he will get yet another opportunity in green and gold.

Three teams unbeaten at U20 YTC tournament in CT...

The Blue Bulls, Western Province and Limpopo finished the Under-20 Youth Training Centre (YTC) tournament in Cape Town u...

With kick-off times now confirmed for all 18 rounds of the Vodacom United Rugby Championship, fans can subscribe to the ...

A second tranche of tickets for public sale for the Rugby World Cup Sevens 2022 – to be hosted in Cape Town in 43 days’ ...

The second Vodacom United Rugby Championship season kicks off in 50 days’ time with the league ready to build upon an en...

A new champion will be crowned in the Women’s First Division when the Leopards host the SWD Eagirls in the final at Olën...

The three South African sides who have progressed to the Vodacom United Rugby Championship quarter-finals will keep a keen eye on the Heineken Champions’ Cup final this weekend, to see what Leinster looks like at full strength when the time comes to possibly cross swords later in the playoffs.

After eight months of competition and an enthralling final weekend of league play, the venues for the four Vodacom United Rugby Championship quarter-finals provide an accurate summation of the power spread across the five competing nations.

Emirates Lions flyhalf Jordan Hendrikse will link up with the Springbok Sevens team in London on Monday and will make his international sevens debut for South Africa at the HSBC London Sevens this weekend.

The three South African franchises that booked their spots in the Vodacom United Rugby Championship play-offs will all take the field on Saturday, 4 June, on a jam-packed weekend of knock-out action, the tournament organisers confirmed.

The DHL Stormers and Vodacom Bulls will host valuable home quarter-finals in the Vodacom United Rugby Championship against Edinburgh and the Cell C Sharks respectively, following a pulsating closing round of league action this past weekend.

SA Rugby and associate sponsor Betway have taken a step towards the development of women’s rugby, following the launch of a ground-breaking development programme aimed at pioneering the national growth of the women’s game on Thursday.

With three rounds remaining and the top two positions on the Carling Currie Cup log a two-horse race between the Vodacom Bulls and the Toyota Cheetahs, the spotlight now turns firmly to the fight for the two remaining playoff spots.

Five years after her first refereeing appointment at a Rugby World Cup, Aimee Barrett-Theron will do so again later this season in New Zealand after being included on an 18-member match official panel for the global showpiece from 8 October to 12 November.

It will be a crucial round of Women’s Premier Division action this weekend where results on Friday and Saturday could have a big influence on determining the two finalists on 11 June, despite another round of fixtures scheduled to take place.

Makata, Davids to bring the energy

For Sako Makata, watching the Blitzboks grind to a stuttering halt in Toulouse was a painful and frustrating experience, especially knowing how much the team was hurting following their unexpectedly disappointing showing at the HSBC France Sevens.

The three South African sides who have progressed to the Vodacom United Rugby Championship quarter-finals will keep a keen eye on the Heineken Champions’ Cup final this weekend, to see what Leinster looks like at full strength when the time comes to possibly cross swords later in the playoffs.

SA Rugby and associate sponsor Betway have taken a step towards the development of women’s rugby, following the launch of a ground-breaking development programme aimed at pioneering the national growth of the women’s game on Thursday.