Pollard: Boks will use opportunities when they arise

Handré Pollard said the Springboks were excited about the challenge of lining up against the All Blacks in Nelspruit on Saturday, in their opening Castle Lager Rugby Championship clash, and added that although they have a set game plan, they planned to use the opportunities that arise in the match.

The last time the Springboks defeated New Zealand on local soil was back in 2014, when Pollard contributed two tries, three conversions and a penalty goal before a late three-pointer from more than 50m out by Pat Lambie sealed the 27-25 win for the hosts at Emirates Airline Park.

Pollard and Springbok flanker Pieter-Steph du Toit said the Boks were ready to give everything against their arch-rivals.

“It’s always great to play against the All Blacks,” said Pollard.

“We had a great week of preparation, so we have to make sure we pitch up for 80 minutes and that as individuals we all do our jobs and also as a team.”

Responding to whether the Springboks would stick to a conservative style of play, Pollard said: “We have a way of kicking and playing and we believe in that plan.

“We’ll stick to our plan this weekend and see how things go after 20 minutes and if we have to adapt, we will. If the opportunities are there, we will certainly try to take them.”

Du Toit also looked forward to the challenge and said: “Playing against the All Blacks is always a good opportunity, and it is great to play here in Nelspruit.

“It’s a good opportunity to show our supporters where we are now after 2019 (when the Springboks won the Rugby World Cup). Obviously, time has moved on and we have to adapt, but we are excited about the challenge. 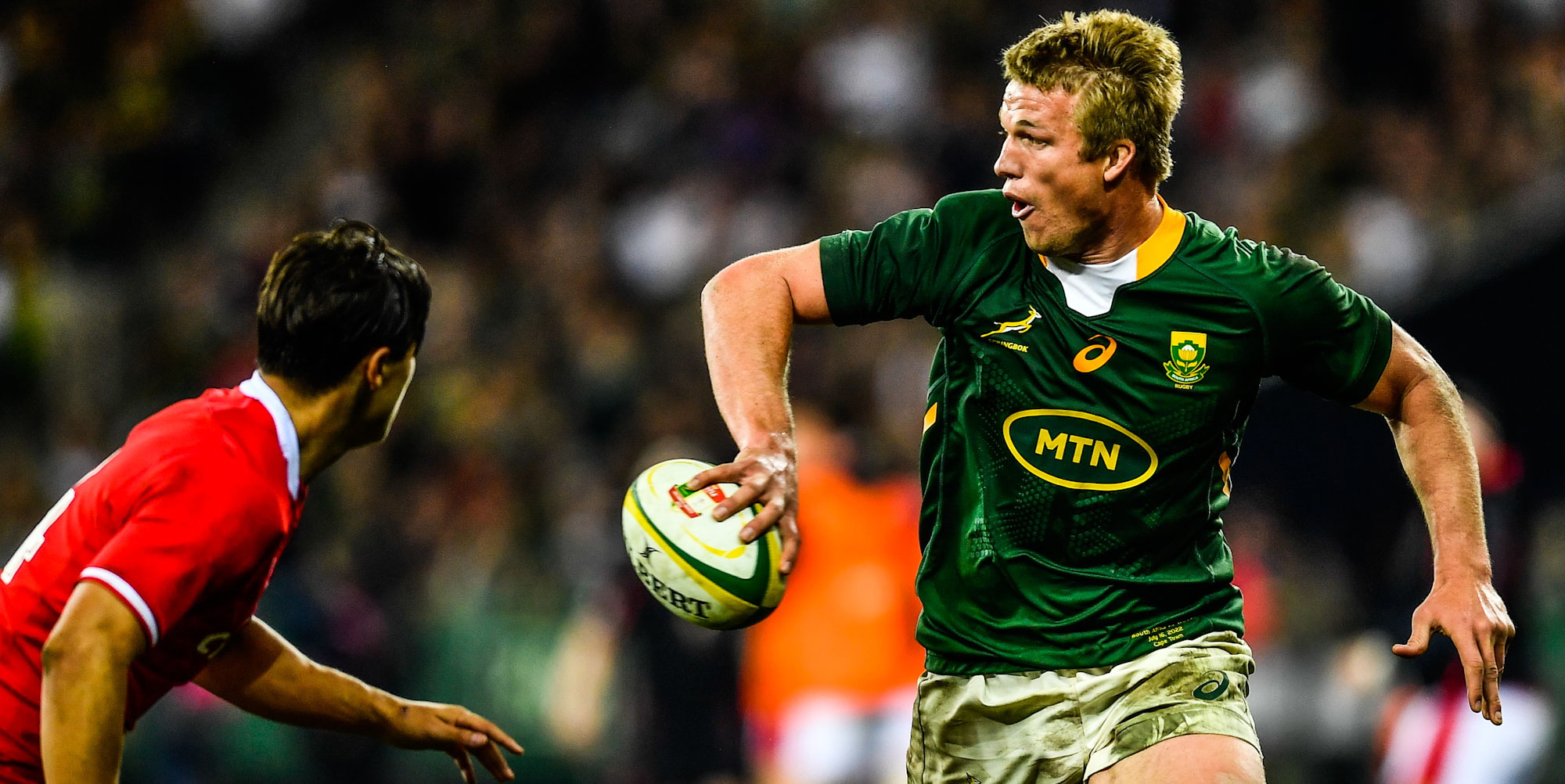 “We last won against the All Blacks at home in 2014, so it is an honour to play for the Boks against them, we really want to make our supporters proud.”

With a lot of media attention reserved for the All Black pack this week, following the appointment of their new forwards coach Jason Ryan, Du Toit said the Boks’ main focus had been on themselves instead of their opposition.

“For us, the main objective is to play the way we train,” said the World Rugby Player of the Year in 2019, who scored the Boks’ only try in their RWC pool defeat against New Zealand that year.

“The last time I played against them (at the RWC in 2019), we lost, and it is a big focus point for us to make sure that it doesn’t happen again this time.”

While Du Toit anticipated a big test against their forwards, Pollard expected an equally tough challenge from the All Black flyhalves and their dangerous backline in general.

“Richie Mo’unga and Beauden Barrett both have the X-factor, and they are experienced players,” said Pollard.

“They are a threat with their footwork and with ball in hand, so we’ll try to contain them as much as we can and do our best as a team on the day as well.

“It’s going to be a massive battle. You don’t want to give the All Blacks broken field play, so the kicking game will be important, but it will come down to execution, and we’ll do the best we can to counter that.”

Du Toit stressed the importance of strong set-pieces and breakdown play as they look to get the series off to a positive start and said: “Sam Whitelock and Sam Cane are always good players in terms of playing to the ball, so we have to ensure that we are strong at the breakdowns.”

Arendse hopes to grab opportunity with both hands

Kurt-Lee Arendse is thrilled to run out against the All Blacks at Mbombela Stadium in Nelspruit on Saturday in the Springboks' Castle Lager Rugby Championship opener, and said he hoped to grab the opportunity with both hands when these two arch-rivals cross paths.

Springbok Women head coach Stanley Raubenheimer named a group of 32 players for the forthcoming two-Test series against Spain, including a number of regular campaigners who have recovered from recent injuries.

Springbok coach Jacques Nienaber made three changes to his starting team that ran out for their final Test against Wales for their opening Castle Lager Rugby Championship fixture against New Zealand in Nelspruit on Saturday, where Malcolm Marx will earn his 50th Test cap.

Every player that was part of the Springbok Sevens squad that won the Commonwealth Games gold medal this weekend had a different route to get to the final at Coventry Stadium down the road from Birmingham, and two of these, Shaun Williams and Mfundo Ndhlovu, emerged as unlikely heroes of the Blitzboks’ triumphant campaign.

The President of SA Rugby, Mr Mark Alexander, paid tribute to Tommy Esterhuizen, a former national rugby player in the apartheid era, who passed away earlier this week.

The Springbok Women’s Sevens team, who finished seventh at the Commonwealth Games in Birmingham, will now turn their attention to the World Rugby Sevens Challenger Series on 12-14 August in Santiago, Chile, where they will try and qualify as a core team on the HSBC World Rugby Sevens Series.

With kick-off times now confirmed for all 18 rounds of the Vodacom United Rugby Championship, fans can subscribe to the league’s innovative ‘Ecal’ fixture list that puts ticketing, the latest event details and broadcast listings directly onto their device.

Klipdrift and the Springboks reunite in new sponsorship deal

SA Rugby announced on Friday that iconic South African brandy, Klipdrift, has been named as a new sponsor of the Springbok rugby team, with the well-known brand unveiled as Official Associate Partner to the national team.

Selection for the Junior Springbok Women will be one of the many rewards on offer to the country's leading Under-20 players in Cape Town this weekend, when the SA Rugby Youth Training Centres tournament takes place at City Park.

Arendse hopes to grab opportunity with both hands

Kurt-Lee Arendse is thrilled to run out against the All Blacks at Mbombela Stadium in Nelspruit on Saturday in the Springboks' Castle Lager Rugby Championship opener, and said he hoped to grab the opportunity with both hands when these two arch-rivals cross paths.