The most capped Blitzbok ever, Branco du Preez, has been included in the 13-man Springbok Sevens squad for the next two HSBC World Rugby Sevens Series tournaments in France and England, in one of four changes to the team that returned from a fifth-place finish in Canada last month.

Springbok Sevens coach Neil Powell recalled Du Preez after the playmaker recovered from a shoulder injury he picked up at the World Series event in Seville, Spain in January, which the Blitzboks won.

Du Preez, who will appear in his 80th World Series tournament, has played in 400 matches and amassed 1409 career points, second only to Cecil Afrika (1462).

Try-scoring outside back, Muller du Plessis, who last played on the circuit in December 2021, will also return following his successful rehabilitation after he broke his leg in the first of the two Dubai tournaments that kicked off the current season.

South Africa have won four of the six tournaments played so far and are leading the World Series with three tournaments remaining.

Powell also called on Tiaan Pretorius, who made his debut in Dubai in 2021, with the 21-year-old coming into the forwards to provide cover for the injured duo of Sakoyisa Makata and Christie Grobbelaar, both of whom returned injured from the last leg, consisting of tournaments in Singapore and Vancouver.

Mfundo Ndhlovu has recovered from the head knock sustained in Singapore and will travel to Toulouse, a new hosting venue for the HSBC France Sevens.

Powell was pleased to have two of his three-time World Series winners back. 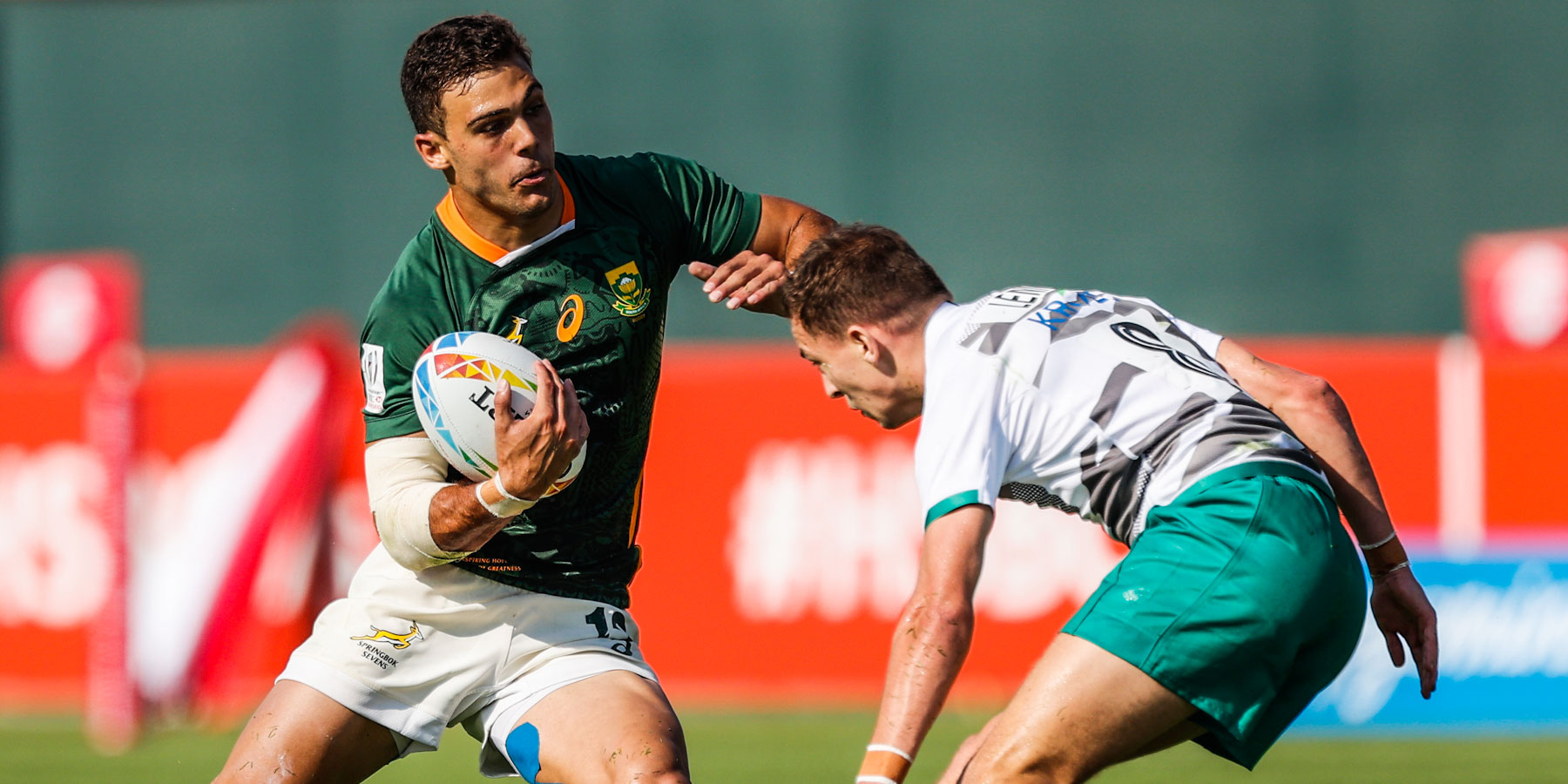 “We got experience back with the inclusion of Branco and Muller, who were both regular starters before their injuries, so they will add to our depth in the backs,” said Powell.

“We have two forwards out in Sako and Christie, so Tiaan will get another opportunity. I am hoping for a similar effort from him than the last time he played in Dubai.

“Mfundo was unfortunate to be ruled out early in Singapore following HIA protocols and has slotted in very well upon his return to training.”

Du Preez said he can’t wait to get back on the field: “There is still so much to play for this season, and we need strong performances on this trip to make sure we do justice to the good start we had. We need to bounce back from the last two performances, and I am determined to contribute to that effort.”

Du Plessis said the frustration of missing out following his injury was eased by the performances of the team in his absence.

“We are in a good position to retain the World Series title, but that was a long-term goal. For now, we just want to get back onto the field and deliver performances that we and the country can be proud of,” Du Plessis said.

Springbok Sevens squad for the HSBC France Sevens in Toulouse:

Emirates Lions flyhalf Jordan Hendrikse will link up with the Springbok Sevens team in London on Monday and will make hi...

Blitzboks own worst enemy in Toulouse...

The Springbok Sevens team suffered a third defeat at the HSBC France Sevens in Toulouse on Sunday in what Blitzbok coach...

The Springbok Sevens squad failed to progress to the Cup quarter-finals of the HSBC France Sevens tournament in Toulouse...

The Springbok Sevens team will have to beat Samoa with a convincing score in Toulouse at 12h22 on Saturday if they want ...

Blitzboks ready to blast off in Toulouse...

It took them a while to get to Toulouse, but since their arrival on Monday evening, the Springbok Sevens team left littl...

The exciting chase for Carling Currie Cup playoff places will gather pace this weekend with the staging of three matches in Bloemfontein, Johannesburg and Nelspruit respectively.

Discipline and hard work at the heart of Madagascar's success

The Madagascar women's sevens team has achieved their historic dream of qualifying for a Rugby World Cup Sevens tournament for the first time. At the heart of this achievement lies a lot of hard work, determination and discipline.

The Vodacom Bulls and the Toyota Cheetahs, the two frontrunners on the Carling Currie Cup log, were both made to work hard for their victories this weekend, while the Airlink Pumas strengthened their push for a playoff spot with a vital away win.

The defending champions in the SA Rugby Women's Premier Division, Border Ladies, scored a commanding 39-0 win over the Cell C Sharks Women in Durban in the third round of the national showpiece on Saturday, showing their intent to retain the title they won in 2021.

The Vodacom Bulls ran out 48-38 winners over Windhoek Draught Griquas in an action-packed Carling Currie Cup clash of two halves that served up 13 tries at Loftus Versfeld on Saturday afternoon.

The Airlink Pumas outside chance of gaining a playoff spot received a setback on Friday evening when they lost their home Carling Currie Cup match 23-17 against the DHL Western Province in Nelspruit.

Catch the action from the fourth round of the Women's Premier Division live here - matches are scheduled for Saturday and Sunday.

Rosko Specman returned with a vengeance as the Toyota Cheetahs ran the Cell C Sharks ragged to register a 44-15 bonus-point win in Bloemfontein on Saturday afternoon and continue their flawless run in this year’s Carling Currie Cup.

The Vodacom Bulls pulled off a nail-biting 43-37 victory over the Sigma Lions at Loftus on Saturday evening thanks to a solid first-half performance in this Carling Currie Cup fixture.

The exciting chase for Carling Currie Cup playoff places will gather pace this weekend with the staging of three matches in Bloemfontein, Johannesburg and Nelspruit respectively.